Casimir John Heynoski, age 34, passed away quietly at Allegheny General Hospital in Pittsburgh on Friday, December 2, 2016 with his family at his side. Born on October 9, 1982, he was the eldest child of Pam A. Marsh and Lawrence J. Heynoski. His parents raised him to eat healthy food which resulted in an excellent appetite. He had a particular fondness for the Chinese buffet, but the bottom line was that he was a “meat and potatoes” kind of guy. He rarely ignored his genetically pre-disposed sweet tooth. 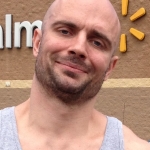 Outwardly, Caz had athletic ability, physical strength, height and beautiful big blue eyes. He could run backwards up a hill with his daughters on his back to keep in tip-top physical condition. Inwardly, he was kind, sensitive and caring.

Besides his parents, he is survived by his three daughters, Jasmine, Audrey and Syiah; a brother, Jordon L. Heynoski of Portland, OR; and a sister, Carrick A. Heynoski-Schroeck of Fairview, and her two sons, Liam and Jarrett. Many aunts, uncles and cousins will also mourn his passing.

Remember the gifts that made Caz special, not fame or academic prowess, but his very kind heart and the “I love you, too”.

Friends may call on Monday from 2:00 until 5:00 p.m. at Van Matre Funeral Home in Waterford. In lieu of flowers, please give a memorial at the funeral home.