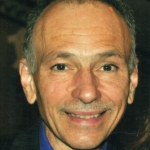 ?? Don graduated from Cathedral Prep in 1975 and went on to Gannon University where he received a degree in biology. From there, he continued to Temple University where he received his doctorate in dentistry in 1984. Don then returned to his hometown and served the community his entire professional career by working first at Martin Luther King Center and then at Community Health Net until he retired in 2016. In addition, he started his own practice in Cambridge Springs and worked there from 1987 through 2014.

All who were fortunate enough to know Don were better for it. He was the personification of patience, understanding and happiness. He enjoyed playing many sports, being outside, hiking and golfing. As often as possible, he planned hiking trips with his family. As an avid runner, Don ran several half and full marathons. An enjoyment of horse racing began at an early age when he worked at Commodore Downs. In 2015, Don and Mario purchased a race horse, Diamond Blue.

Friends may visit with the family during calling hours at Van Matre Family Funeral Home, 306 Erie Street, Edinboro on Friday, January 27th from 4 p.m. to 8 p.m. A Memorial Mass will be at 11:00 a.m. on Saturday, January 28th at Our Lady of the Lake Catholic Church, 128 Sunset Drive, Edinboro.

In lieu of flowers, which are graciously declined, memorials may be made to the Pancreatic Cancer Action Network, www.pancan.org/waystogive.