Terry Lee Kinnear, age 61, of Waterford, passed away at his home on Saturday, January 21, 2017 after a brief illness.

Born in Titusville, PA on June 5, 1955, Terry was one of six children of the late Paul Leroy Kinnear and Grace Leora Slater Kinnear. He grew up in Waterford and graduated from Fort LeBoeuf High School in 1974. For the last 20 years, he worked as a service technician for A. Caplan Company of Waterford. 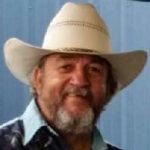 Terry was most well-known for being a musician and playing with the “Traditional Country Band” for the past 20 years. Music was a large part of Terry’s life and his band members were part of his family. Terry also enjoyed camping with family and friends.
Terry was preceded in death by his parents and a brother, Ken Kinnear. He is survived by his wife, Darlene Kay Smith Kinnear, whom he married April 1, 1977; two children, James P. Kinnear (Hallie Strohmeyer) of Waterford and Cassandra M. Kinnear Atkin and husband Jason of Waterford; four grandchildren, Jaden and Jera Atkin, and Hannah and Hunter Strohmeyer; four siblings, Bruce Kinnear and wife Andrea, Bonnie Kinnear Finney, Ron Kinnear and wife Karen, and Dewey Kinnear and wife Kim; and many nieces, nephews, and cousins.

Friends and family may visit at Asbury United Methodist Church in Waterford on Monday from 3:00 until 6:00 p.m. at which time the funeral service will begin. Pastor Gary Donaldson will officiate. Burial will be private in Waterford Cemetery.

In lieu of flowers, memorials may be made to Hospice of Metropolitan Erie or the Regional Cancer Center.