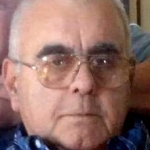 Garry was born in Springfield, Massachusetts to the late Dorothea ?Dot? Miner Martin. He attended Pine Forest High School in Fayetteville, North Carolina and at age 17 enlisted in the United States Air Force. Garry served his country with honor and pride for 5 years, attaining the rank of Sergeant and serving as a crew chief attached to the Strategic Air Command?s 4239th Strategic Wing at Kincheloe AFB, Michigan before being honorably discharged.

While serving in the United States Air Force, Garry met Barbara Pam Burdick of Waterford, PA and on October 5, 1963, she and Garry were married. After completing his service in the Air Force, Garry and Barbara relocated back to Waterford where he lived for the remainder of his life.

Garry spent the majority of his career working at Arthur F. Schultz Co. in Erie, PA. After retiring, Garry enjoyed spending his time completing home improvement projects and visiting with his children and grandchildren. Garry was a hard-working man and a loving husband and father. He was a man of strong moral convictions and never waivered from his own beliefs. He was the rock, the steady, and the true north to his family. He will be missed forever. Garry enjoyed the many hours sitting on his front porch and sharing conversations with family and friends.

In addition to his wife Barbara, Garry is survived by his children Garry Jr. (Denise) of Waterford, PA, Christopher (Scott Roewer) of Washington D.C., Scott of Wenatchee, WA., Tony (Rhonda) of Newnan, GA. And Nick of Waterford, PA.; his siblings Lucy Cantu of California and Robert Sargent Sr. of New York and his 9 grandchildren, Micah, Garrett, Jessa, Dahlaney, Jeff, Anthony Jr, Alexa, Nicco and Charlotte along with many nieces and nephews. He was a proud grandfather who did not hesitate to gloat about his grandkids.

The family would like to express a special thank you to Southern Care Hospice Services for the loving care provided.

In lieu of flowers, donations may be made to the family through the Van Matre Funeral Home.