Harriet Carol (Rose) Phillips passed away at her home, 20249 Main Street, Woodcock Boro, Saegertown, PA on Saturday, February 4, 2017. She was a daughter of the late Alfred Lee and Rosemary M. Pike Rose. Harriet was proud to share dual citizenship in the USA and the Cherokee Nation. She married Joseph Wayne Phillips on September 6, 1960 and he entered into eternity to be with his loved ones and his Lord on October 2, 2008. She subsequently married Paul James DeVore on December 10, 2009 and a short illness took him away to be with the Lord on September 25, 2010. 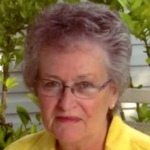 ??????Harriet was educated at West High School in Denver, Colorado and at Parks Business College in Denver. She worked as a secretary at Alliance College in Cambridge Springs from 1974 until 1979. She attended several churches including McLane Church in Edinboro, First Church of God in Meadville, Corner Stone Church in Meadville, Lyona Church in Guys Mills, and the First Baptist Church in Cambridge Springs. Harriet enjoyed several hobbies including reading, sewing, knitting, cooking, and spending time with friends.

Friends may call at the Van Matre Family Funeral; Home in Cambridge Springs on Tuesday, February 7th from 2-4 and 6-8 and are invited to attend funeral services there on Wednesday at 11:00 a.m. Reverend Rod Beardsley, pastor of the First Baptist Church of Cambridge Springs, will officiate. Interment will be in Cambridge Cemetery.