Monika Elizabeth Beier, 72, of Cambridge Springs, PA passed away on Tuesday, February 14, 2017 at Millcreek Community Hospital from complications of pulmonary fibrosis. Monika was born in Minden, Germany and married Walter William Beier, her husband of 48-years, while he served in the Army.? He brought her to the United States where she raised their five children and she became a naturalized citizen in 2000. 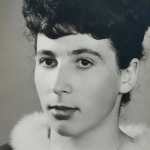 ?Monika was involved in a German Club while living in Erie, PA, a member of the Trinity Lutheran Church, and an avid reader with an extensive library.? The family moved in 1985 to Cambridge Springs.? Monika embraced every aspect of farm living.? She tried her hand at raising cows and pigs. They were delicious.? She was involved in the Penn State Master Gardener program and a vendor and supporter of local farmer?s markets.? She was devoted to organic gardening and had beautiful gardens. As a quilter, she blanketed babies across the United States and overseas.? Her generous nature included donating countless quilts to the Veteran?s Administration, St. Jude?s Hospital for Children?s Research, Project Linus and local area guilds.? Even in death she continues to give through the donation of herself to the Center for Organ Recovery & Education (CORE). 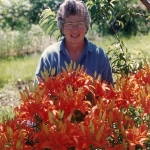 No calling hours or services are scheduled. A Celebration of Life will be announced later for family and friends to share their memories.

The family extends a special thanks to the staff of the Millcreek Community Hospital as well as the specialists and friends who cared for Monika.

In lieu of flowers the family requests consideration of donations to the American Lung Association.