Brianna Marie Borden, age 20, of Millcreek, died Saturday, February 11, 2017 at UPMC Hamot. She was born in Erie on May 12, 1996 and had attended Fort LeBoeuf Schools where she was a cheerleader. Brianna was a devoted mother to her son Mason, and she also loved her two dogs, Stella and Bella. 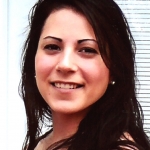 Brianna is survived by her son, Mason James Lydick, and his loving father Daniel Lydick; her mother, Colleen Marie Stile and her husband Joseph of Waterford; her father, Brian Scott Borden of Erie; two brothers — Jawn J. Skrabacz and his wife Tiffany of Charlotte, NC, and Scott Robert Borden and his wife Sydney of Erie; her maternal grandmother, Ann Marie Wildes of Union City; her paternal grandmother, Jacqueline Pamula of Erie; many aunts and uncles, and a nephew Brayden.

Friends may call at the Van Matre Funeral Home in Waterford on Wednesday, February 15, from 2:00-4:00 and from 6:00-8:00, and may attend a funeral mass at Saint Teresa of Avila Catholic Church in Union City on Thursday, February 16 at 11:00 a.m. Monsignor John Swoger will officiate. Burial will follow at Calvary Cemetery in Erie.