Carol Ann Mealy, age 61, resident of 32816 Teepleville Road, Centerville, PA passed away on Sunday, February 12, 2017 at Park Avenue Rehabilitation and Nursing Center in Meadville, PA. Born on May 6, 1955 in Erie, PA, Carol was a daughter of the late Myrna Almyra Wiley. She married Bill (William) Harold Mealy on November 1, 1974 and he preceded her in death on July 18, 1984. 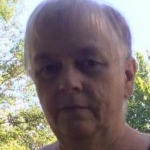 ???? A Cambridge Springs High School graduate, Carol was employed by Fostermation, Inc. in Meadville for 19 years in quality control. She enjoyed spending time with her family and especially time with her grandchildren, photography, flowers, and Facebook.

There are no calling hours or funeral services planned at this time.