Cecelia M. Wilkosz Kosienski, age 89, longtime resident of McKean Township, died after a brief illness on Thursday, June 29, 2017 surrounded by her family. She was a daughter of the late Pawel and Marcyanna Szelegieniec Wilkosz, born September 10, 1927 in Waterford. 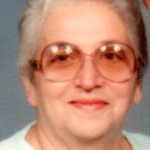 Cecelia married Walter J. Kosienski and together they raised seven children while operating the family dairy farm. Working side-by-side, Cecelia would help Walter with the farm chores and still have enough hours in her long days to take care of?her family and home. Their children all grew up knowing the value of hard work because each had to do their share. Cecelia enjoyed the country life and baking, cooking, canning and gardening. As she aged, Cecelia still hosted family gatherings at the homestead and all the family looked forward to “going to Grandma’s house”.

Cecelia was a parishioner at St. Francis Xavier Catholic Church in McKean where she was a Rosarian.

Friends are invited to call at St. Francis Xavier Catholic Church in McKean on Sunday, July 2nd from 4:00 until 7:00 p.m. and on Monday from 10:00 a.m. until the time of the funeral mass at 11:00 a.m. Rev. Mark Nowak will be the celebrant. Burial will be in St. Francis Xavier Cemetery.

Memorials may be made to Regional Home Health and Hospice, or to the McKean Hose Company.