Lawrence E. Hecker, age 72, passed away on Saturday, July 1, 2017 at UPMC Hamot. He was born in Erie on October 4, 1944 the son of the late Robert Edward Hecker and Janice Katherine Brandt Hecker. 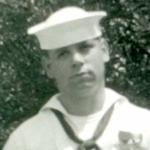 Larry was a veteran of the U.S. Navy serving from 1961-66. For many years he was a road foreman for Summit Township and he retired after many years of employment with Troyer’s Sand and Gravel. He was a longtime member of the American Legion Post #285, and he enjoyed hunting, driving his 1971 El Camino, woodworking, gardening, and spending time with his family.

In addition to his parents, he was predeceased by his wife Sue Ann Hecker, his sister Charlotte Verbanac, and his son-in-law Mark B. Brown. 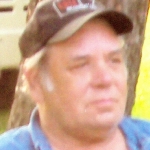 A gathering will be held at the American Legion Post #285 in Waterford on Thursday at 6:00 p.m.

A private burial will be in Waterford Cemetery (West).

In lieu of flowers, memorials may be made to the American Legion Post #285.