In his early years, Bob and his family lived on Lake Pleasant Road and he attended St. Boniface and Wattsburg schools. Even as a teenager, he was developing into a natural leader as he was the lead singer for the “11th Hour Band”, a local rock & roll band favorite.

Bob found success in business through his hard work and his “never say no” attitude and, of course, the support of his wife and family and good employees. Bob and Kathy shared the good times and the hard times together during their 47 years of marriage.

Bob first founded Charles Rohrer Trucking & Sons in the 1970’s with his brothers Jim and Richard and their father Charles. They later incorporated to Rohrer Trucking Inc. and added Rohrer Demo in the 1980’s, and KC Transportation, his wife’s business, in 1988.

Bob was currently a LeBoeuf Township Supervisor and a Board member of Auto Racers for Kids, a charity that he strongly supported. For many years, he enjoyed playing mountain ball with friends. 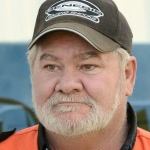 In addition to his wife Kathy and his mother Lorraine, Bob loved and was proud of his daughter, Cindy Rohrer Glover, her husband Dean, and their children Clayton, Colton, and Chase Glover; and his son Bobby Rohrer and fianc?e Lexi Drohn. He is also survived by two brothers, Richard Rohrer and James Rohrer and wife Karen, all of Erie.

He was preceded in death by his father Charles and his sister Carol Rohrer Graham.

Visiting hours will be at Van Matre Funeral Home in Waterford on Thursday from 2-4 and 6-8 p.m. The funeral service will be held there on Friday morning at 11:00 a.m. officiated by Rev. Keith T. McGarvey, pastor of South Harborcreek United Methodist Church. Burial will follow at Mill Village Cemetery.