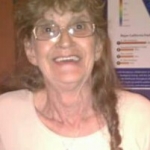 Dorothy held several jobs over the years, but her passion was for home healthcare working as a CNA. She was a caregiver for many years retiring at the age of 74. She was a member of Cascade United Methodist Church.

For Dorothy, her main priority in life was the love of her family– daughter Connie Goodwill of Erie, son Lloyd Cooper and his wife Kathy of Albion, daughter Dorothy Strange and her husband Len of Cambridge Springs, and son James Cooper of Erie; and many grandchildren, great-grandchildren, and great-great-grandchildren. She also is survived by two brothers, James Houpt and David Houpt, and a sister, Carla Milano.

In addition to her husband Burl, and her parents, she was preceded in death by a sister, Edith Schreckengost.

Friends and family may attend visiting hours at Van Matre Funeral Home in Waterford on Tuesday from 2-4 and 6-8 p.m. Funeral services will be there Wednesday morning at 11:00 a.m. followed by the burial at LeBoeuf Cemetery.