Carol Jean Krautter Hanas, age 78, of Waterford, passed away February 3, 2018 at home surrounded by her family. She was born in Akron, OH to the late Robert and Lucille E. Goodban Krautter. Carol graduated from Academy High School in 1957 and married her husband, John, in July. They made their home on the family farm and raised four sons who reside on the farm. 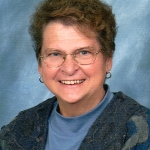 Besides her parents, Carol was preceded in death by her husband, John W. in March of 1992, and her sister, Barbara Lawrence in June of 1985.

Friends may call at Van Matre Funeral Home in Waterford on Tuesday from 2-4 and 6-8 p.m. Funeral services will be held at St. Paul’s Evangelical Lutheran Church in Drakes Mills on Wednesday morning at 10:00 a.m. with Pastor Brian Riddle officiating. Burial will follow in Mitchell Cemetery.