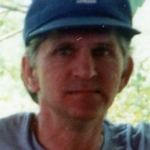 ? Born on August 17, 1950 in Corry, PA, David was a son of the late Leo Robert Higley and Margaret Louise Lindsey Higley. David graduated from Cambridge Springs High School in 1968 and was employed by? A O Smith in Erie, and then at Penn Union in Edinboro as a set-up man retiring in 2000 after 26 years of service.

David was proceeded in death by his sisters, Marlene Wright and Carolyne Badieme, and his brother Carlton J. Higley. He is survived by his sister Eloise Irene Cieslak and her husband, Ed of Union City; and his three brothers – Robert Leo Higley and his wife, Mary of Union City; Larry Edward Higley of Spartansburg, and Duane Thomas Higley and his wife, Shirley of Cambridge Springs. He is also survived by a sister-law: Deborah Higley of Cambridge Springs; three step-children – Kris, Gary, and Samantha; and numerous nieces and nephews.

Graveside services will be held at Millers Station Cemetery at a later date.