?? Stephen Bernard ?Bernie? Novotny, age 68, passed away after a period of declining health at UPMC Hamot on February 1, 2018. Bernie was born on March 14, 1949, the son of Stephen Bernard and Mary Anne Brzezinski Novotny. He graduated from Cambridge Springs High School with the class of 1967, where he excelled playing basketball. Bernie still holds the game high score record of forty-eight points and is an inaugural inductee into the Cambridge Springs High School Hall of Fame.? A graduate of Alliance College he also received his 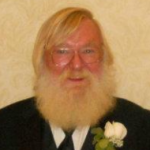 Masters of Education from Edinboro University. He taught for over twenty years in the Erie City School District, and toward the end of his career he received the teacher of the year award. He was a devoted Harley Davidson motorcyclist, a dedicated Cleveland sports fan, and an avid hunter and fisherman.? The family wishes to thank Bernie?s neighbors and friends who frequented his garage for all of their support over the years.

He was preceded in death by his son, Stephen Bernard Novotny III, on September 19, 2016.

Survivors include: his son, Gregory Thomas Novotny of Durham, NC; his brother, Tom Novotny and his wife, Debbie of Chicago, IL; his sister, Janet Novotny Winger and her husband, Joe of Detroit, MI; several nieces and nephews including a special niece, Shannon Ferrare; a special aunt, Theresa Novotny; and cousins, Jim Novotny and Karen Coughlin.

Friends are invited to call on Monday, February 5, from 6 to 8 p.m. at the Van Matre Funeral Home in Cambridge Springs.