John R. (Jack) Kort, of Millcreek Township, was called home by his Lord and Savior while surrounded by his family on Saturday, March 10, 2018.? Born September 9, 1943, in Syracuse, New York, he was the son of the late John and Norma Kort. 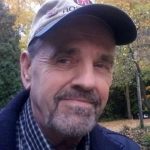 ?????He graduated from McDowell High School in 1961, and then obtained a degree in tool and die from Alliance College in Cambridge Springs, PA.? He was employed by Niagara Plastics/Caplugs for 43 years in the Sales and Marketing Division. Jack was a firearm and reloading enthusiast and was a founding member of the Walnut Creek Rifle Club where he thoroughly enjoyed shooting and teaching others.

Jack led a very fulfilling and meaningful life through his selfless devotion to family, friends and his Heavenly Father.? Family meant everything to Jack and he spent his days on earth caring for ?his girls? and enlightening the lives of others through his words of encouragement.? He had a calming spirit, devoted heart, and was kind to everyone he met. As a true disciple of Jesus, the driving force in his life was spreading the word of God and touching the hearts and lives of all those he encountered. His legacy will be carried on through those who survive him, and those who were fortunate enough to have known him. He was loved by all!

In addition to his parents, Jack was preceded in death by his brothers Paul Kort (Alice) and Mark Kort.

He is survived, and will be eternally missed, by his devoted wife of 50 years, Patty (Taylor) Kort, two adoring daughters, Holly Legan (Michael) of Ravenna, OH and Sherrie Kort (Brian Kerns) of Erie, PA. He is further survived by loving grandchildren, Macklin, Bryanna, Michael, Maria, great-grandchild, Avery, and his brothers Richard Kort of Crossingville, PA and Michael Kort (Maria) of Alta Loma, CA. Jack was also a loving uncle to his cherished niece Kelly Finck (Henry) and their children as well as many other nieces and nephews.

There will be a Celebration of Life on Saturday, April 28, 2018, at 12 o?clock noon at Grace Church, 7300 Grubb Rd., McKean, PA 16426. In lieu of flowers, the family respectfully requests that donations be made in care of Grace Church for their charitable outreach programs.