Patricia Ann Mercer Smith, age 82, of Edinboro passed away after an extended illness on March 22, 2018. Pat was born on August 2, 1935, in Turtle Creek, Pennsylvania, daughter of the late Arthur and Mildred Mercer. She was baptized as a servant of Jehovah and attended the congregation of Jehovah?s Witnesses of Cambridge Springs to which she was very dedicated. Patricia grew up on a small farm near Townville, Pennsylvania, where she attended school and graduated in 1953. She then enrolled in the Meadville City 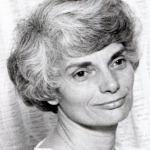 Hospital School of Nursing and completed her training as a registered nurse in 1956. She practiced nursing in New York for a short time before returning home to manage the family business, Mercer Spring and Wire of Townville, along with her brother, Art.? After marrying her husband, William J. Smith, Sr. on November 7, 1959, they moved and resided in California.? Four years later in 1964, Pat and Bill returned to Edinboro and established Makco Manufacturing of which they owned and operated for thirty-eight years.

Patricia delighted in traveling and cruising throughout Europe and the Caribbean with her husband, Bill. She also enjoyed cooking, crocheting, knitting, gardening and riding and caring for her horses. Pat loved music, played the harp and expressed herself through playing her Hammond organ.

In addition to her parents, she was preceded in death by her brother, Arthur Mercer, Jr.

Friends are invited to a memorial service which will be held on Wednesday, March 28, at 10 a.m. at the Kingdom Hall of Jehovah?s Witnesses of Cambridge Springs.