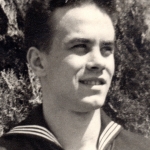 Born July 14, 1930 to Clarence and Miriam (Rohler) Zimmerly, Jack lived at various relatives? homes until he was on his own at age 12. At 15, he was taken in by the Brothers of St. Barnabas House in North East. He graduated from North East High School in 1948 and enlisted in the US Navy. He served on the USS Midway as an electrician?s mate.

On November 28, 1950, he married his first and only sweetheart, Gloria Mae Ingham of North East, during the worst snowstorm of the century. They didn?t make it to Niagara Falls that time, but visited many times over their 64 years together.

Jack?s first dream was to own a dairy, which he realized he could not afford. Instead he earned his degree in veterinary medicine from the University of Pennsylvania in 1960 and practiced until 2002. He practiced small animal medicine at the Glenwood Pet Hospital and served as exotics vet to the Erie Zoo. For many years he provided services to the Humane Society of Erie. He was passionate about preserving quality of life for animals and often repeated his oath to prevent suffering.

Jack was a founding member of the Erie Chapter of Full Gospel Businessmen?s Fellowship International and of St. James Anglican Church. He had a strong tenor voice and sang with the Danish Choristers, later the Choristers of the Maennerchor Club. He was frequently asked to sing at special occasions and sang often with his children and grandchildren. He was a member of an early-morning men?s Bible study for many years and later enjoyed hosting his church?s Bible study at his home. 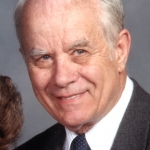 Jack loved working on his property, building and inventing. He often said he lived in the most beautiful place in the world, that he had a life others could only dream of. He thrived on people and new ideas and spent part of every day talking to his many friends. Anyone who knew him heard him say, ?I have an idea!,? and ?Just try it.? Tender-hearted and optimistic, he brought dozens of people and animals home to stay over the years, always remembering the Brothers of St. Barnabas who had reached out to him as a boy.

Jack and Gloria pledged to each other that their children would always be kissed good night and told ?I love you.? He believed in the power of prayer, often visiting friends in the hospital to pray with them. His devotion to Gloria and to his family, to hard work, and to prayer were bedrock values that he held all his life.

The Zimmerly family thanks the many dear friends who helped and comforted him after his beloved Gloria died, including Andrea, Barbara, Betsy, Chuck, George, Janet, Kimberly, Linda, Nancy, Stephany, and Shirley.

Jack is survived by his children, Dr. Jack W. Zimmerly Jr. and his wife Alice of DuBois, Pa., and their children, David, Phillip, Stephen, and Joshua; Barbara Zimmerly Pionati and her husband Francis of Pittsburgh, and their son, Augustin; David Zimmerly and his wife Evelyn of Pittsburgh; and Elizabeth Weldon and her husband Patrick of Waterford, and their children, Grace and James; by his sister, Nancy Maynard of Union City, and his brother Jerry Andrus of Lake City, and by? seven great-grandchildren and many nieces, nephews, and cousins.

He is preceded in death by his wife, Gloria, an infant sister, Mona Jean, and an infant grandchild, Michael Zimmerly.

Friends may visit at the Van Matre Funeral Home, 105 Walnut Street, Waterford, on Tuesday from 2-4 and 6-8 p.m., and are invited to the funeral service there Wednesday morning at 11:00 a.m. Lunch will follow at the Fort Le Boeuf American Legion at 120 W 4th Street, Waterford.? Burial will be private at Waterford Cemetery.

In lieu of flowers, the family asks that donations be made to HOPE For Erie Animal Wellness, 3009 Millfair Road, Erie, PA? 16506.