Richard A. ?Uncle Richie? Kuczaj, age 86, formerly of Erie, died Monday, September 17, 2018 at Edinboro Manor where he resided for the past five years. 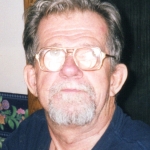 ?Uncle Richie?, as he was called by many, was born May 20, 1932, the 11th of 12 children of the late Stanley and Katherine Rapacz Kuczaj. He was born and raised in Union City, growing up on the family farm, later graduating from Union City High School in 1950. On June 20, 1950, he entered the U.S Army during peacetime, and five days later, the Korean Conflict began. He served in Korea, Japan, and Germany, and was discharged in 1962 as a clerk/typist with security clearances.

Over the next many years, Uncle Richie was employed at the Warren State Hospital, the Union City Boat Factory, and St. Joseph?s Home for the Aged in Pittsburgh. Among many things, he will be remembered for being a good cook and for having a caring and nurturing quality. Uncle Richie especially enjoyed the time period when he cared for his great nieces and nephews, Bryon, Lori, Andy, Rodger, and Peter.

Every summer for over 30 years, during the month of June, family and friends gathered and celebrated ?Uncle Richie Day?. He was known to say, ?Uncle Richie Day was an annual event, but there were some years where he was the only one who showed up?. He was beloved and will be missed by many.

His one brother remains, Charles Kuczaj of Colorado, as well as many nieces and nephews.

Friends may call at Van Matre Funeral Home, 306 Erie Street, Edinboro on Wednesday from 3-5 and 7-9 p.m. A prayer service will begin there on Thursday morning at 10:00 a.m. followed by the funeral mass at 10:30 a.m. at Our Lady of the Lake Catholic Church in Edinboro. Rev. Daniel R. Hoffman will be the celebrant. Interment will be in St. Teresa Cemetery in Union City.