Richard M. Benjamin, age 72, died Wednesday, September 26, 2018 at his home in Waterford following a strong battle with cancer. Born in Tunkhannock, PA on April 15, 1946, he was the son of the late Merl Benjamin and Genevieve Kuhlmey. 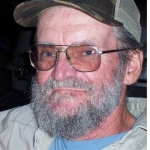 Richard was an avid hunter and fisherman. He found spiritual comfort in the woods and in the mountains. His annual hunting trips out west with friends led him to make his home in Rifle, CO for 27 years.

He owned and operated Benjamin Insulation for over 20 years in Summit Township, and continued his work in construction while in Colorado. He recently returned to his second home in Waterford, PA.

To respect his wishes, services will remain private. In lieu of flowers, please make a contribution to your local hospice.