Richard Drew Alexander, age 93, of Cambridge Springs, died Monday, October 29, 2018 at Wesbury United Methodist Community in Meadville, PA where he resided for the past several years. Born September 19, 1925 in Wesleyville, PA, he was the son of the late Eva Birchard Alexander and Harold Alexander. He married Eva E. McMaster on December 23, 1950 and she preceded him in death in 2015. 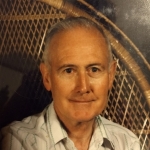 Richard was employed at General Electric in Erie for 12 years, and Abex in Saegertown for 24 years. He retired from Abex in 1985 and worked for Hathaway Battery for three years and Penncrest School District in maintenance for five years. He attended Alliance College in Cambridge Springs from 1946-47 and served in the U.S. Army for two years in the 73rd Anti-Aircraft Artillery Battalion.

Survivors include a son, Gary Alexander of Denver, CO, and a daughter, Susan Storms of Meadville; and three grandsons, Jesse Petrillo, Clayton and Luke Storms. He was preceded in death by his wife Eva, and a sister Emma Jean Hunter.

Friends may attend visiting hours at Van Matre Funeral Home in Cambridge Springs on Thursday afternoon from 1:00 until 3:00 p.m. Interment will be in Miller Station Cemetery.