James J. ?Galky? Galkiewicz, 79, of Cambridge Springs, passed away on Saturday, October 20, 2018, at Pleasant Ridge Manor after a period of declining health. Galky was born on March 20, 1939, in Schenectady, NY, the son of the late John and Amelia Wojtowicz Galkiewicz. 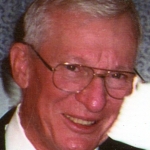 ?????After graduating from high school and serving four years in the US Air Force, Jim graduated from Alliance College with a degree in history. He continued to work at Alliance as a recruiter until 1973, when he began a career at General Electric in Erie, where he worked until retiring in 2000. Jim was a lifetime member of VFW Post 169, Venango, the Elks Club of Meadville, and also a lifetime member and past commander of American Legion Post 381, Cambridge Springs. Galky enjoyed hunting, walking, and solving crossword puzzles. He was a dedicated Steelers fan and a member of Saint Anthony of Padua Catholic Church.