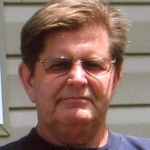 He was born on April 13, 1943, in Pittsburgh, the son of the late Thomas Martin and Mary Frances Kearns Martin. After graduating from high school, he joined the U.S. Air Force serving from 1962 to 1966. William was employed with Duquesne Light of Pittsburgh for many years, retiring in 2004. He was a fan of all Pittsburgh professional teams and an avid golfer who also enjoyed reading and caring for his dogs.

Friends are invited to call at Van Matre Funeral Home in Cambridge Springs on Saturday, October 6, from 12 to 2 p.m. and are invited to attend a funeral service to be held there at 2 p.m.? Interment will be at Venango Cemetery.