Ronald Henry Luce, age 66, of Venango passed away on February 14, 2019, at home with his family by his side after a courageous battle with cancer. He was born on November 05, 1952, in Meadville, the son of 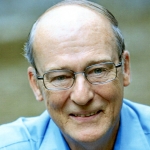 Robert E. Luce and Shirley Jean Donahue Luce. He graduated with the Cambridge Springs High School class of 1970. In 1973, he began a forty-three year career working for Lord Corporation of Saegertown, retiring as a supervisor in 2016. Ron enjoyed spending time with his friends and family, maintaining his property, collecting coins and Native American artifacts, being outdoors, and hunting and fishing. For forty years he served as a deputy game warden.

He was preceded in death by his brother, Larry Luce.

Survivors include: his daughter, Honesty Thayer, and her husband, Philip, of Cambridge Springs; his son, Tim Luce, and his wife, Kelli, of Meadville; his granddaughter, Gracie Thayer; his grandson, Ryan Thayer; and his girlfriend, Betty Grieg, of Conneautville.

Friends may call at the Van Matre Funeral Home in Cambridge Springs on Saturday, February 16, from 1 to 3 p.m.