Maria Lina “Dina” Black, 70, of Cambridge Springs passed away Thursday, August 29, 2019, at Millcreek Community Hospital after a period of declining health. Dina was born on November 7, 1948, in Terceira, the Azores Islands, Portugal, the daughter of the late Joseph Silva and Maria Merces Martins Silva. Dina had worked for several years at Spectrum Control in Saegertown and then was employed in the housekeeping 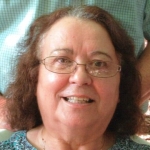 department of Edinboro University from 1993 until 2005. Dina was a dedicated, devoted mother and wife, an excellent cook who excelled at homemaking.

In addition to her parents, Dina was preceded in death by brother, Joseph Silva; sister, Irene Gomes; and brother-in-law Jeff Black.