Michael James Pierro, age 69, of Waterford, passed away Wednesday, August 21, 2019 at UPMC Hamot in Erie. Mike was born in Pittsburgh on February 14, 1950 to the late Michael George Pierro and Mary Vargo Pierro. He married Elaine M. Perry 50 years ago on October 15, 1969 and she survives to mourn his loss. 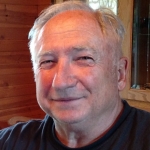 Mike served in the United States Army from 1970-72, and was employed by General Electric for almost 40 years. He started at GE in Grove City, PA, then worked in field service which took him mainly to Nebraska and Arkansas. He returned in 1998 to GE in Erie where he was a project manager until retiring in 2015.

A lover of the outdoors, Mike enjoyed hunting and fishing. He volunteered his time with Ramps of Hope, and he was an active member of Asbury United Methodist Church in Waterford. Most of all, Mike loved spending time with his grandchildren who could always count on their grandpa to be their biggest fan, attending all their school and sporting events.

In addition to his parents, Mike was preceded in death by a sister, Maria Santiago. He is survived by his loving wife, Elaine; two children– Lisa Pierro-Trezona and her husband Brian of Edinboro, and Michael R. Pierro of Erie; three grandchildren– Kendra M. Trezona, Trey N. Trezona, and Sarah M. Pierro; and his sister, Francis DeWar of Penn Hills, PA. Mike was loved by his in-laws, James and Patricia Vento, many nieces and nephews, and his close friends– Mike Dunkerly, Sheila Scola, Rudy and Cathy Bussard, and Tom and Sue Turner.

Friends may call at Van Matre Funeral Home in Waterford on Sunday from 2-4 and 6-8 p.m. Funeral services will be held at Asbury United Methodist Church in Waterford on Monday morning at 11:00 a.m. officiated by Pastor Tory Heath.