Danny Walter Timko, 56, of Titusville passed away suddenly at his home on Monday August 26, 2019. He was born in Union City on October 27, 1962, the son of David Frank Timko and Peggy Blum Timko. After he graduated from Northwestern High School, he attended Penn State Behrend and worked at several local companies. He obtained his electrical certification and was a member of the IBEW Local 56 and the IBEW 459. He currently was employed with Penelec as a substation electrician since 2008. Dan thoroughly enjoyed building cars and trucks, attending swap meets, tractor pulling, antiquing, and was an avid gun enthusiast. 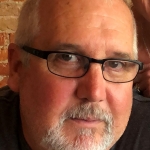 Survivors include his wife Linda Shorts-Timko, whom he married on July 26, 1997, of Titusville; mother, Peggy Timko of Pleasantville; sister, Tammy Timko of Pleasantville; sister-in-law, Malinda Chimenti and her husband, Dave, of Woodstock, GA and their children: Danielle Brumbeloe and her husband, Jackson; Nicole Chimenti; Billy Chimenti and his girlfriend, Madison; father-in-law Bill Shorts of Erie; special friends, Chuck McGraw, Michael Motsch, and Brian Wood; aunts, and uncles including Pearl and Emory Metzler,Rhonda Blum, Ernie and Carol Blum , a special uncle, Carl Timko ;cousins, and his dog, Ellie and cat, Ozzie.

Friends are invited to call at the Van Matre Funeral Home in Cambridge Springs on Friday, August 30, 2019 from 6-8 p.m. A funeral service will be held on Saturday, August 31, 2019, at 10 a.m. Interment will follow at Venango Cemetery.

In lieu of flowers, memorials may be made to the family.