Catherine J. Florek Chamberlain, 89, of Crossingville, died Saturday, November 9th, 2019, at Edinboro Manor following a brief illness. She was born at the Florek homestead in Edinboro, PA, on January 23, 1930, the daughter of the late John and Veronica Sumihora Florek (immigrants from Czechoslovakia). She graduated from Edinboro High School and worked at Lang Electric, Erie Resistor, and Penn Extrusion before serving for 18 years as the Tax Collector for Cussewago Township, Crawford County. She married John Joseph Chamberlain on May 3, 1952, at Our Lady of the Lake Church, Edinboro, where she was a founding member. 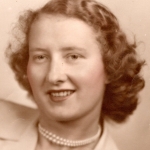 ??? Catherine was a faith-filled, prayerful woman who had a special devotion to Mary, prayed the Rosary often, and placed her trust in God. She served at Saint Philip Catholic Church (Crossingville) as a Sunday School teacher, organist, choir director, Parish Council member, Altar Rosary Society member, and director for Religious Education. She was an active volunteer and coordinated the church rummage sale, food basket distribution, and cancer drive collections.? She also volunteered for Ascera Care Hospice.

Catherine was a former member of the Cambridge Chorale Group, an avid singer, and a self-taught piano and organ player. She and two of her sisters, Sophia and Helen, would sing for Edinboro variety shows in the 1940s. The Florek sister harmonies were well known and appreciated by the community. She would sing with her husband, affectionally known as ?Dearie,? and sing throughout the house while doing household tasks. Her love of music was passed on to her children, grandchildren, and great-grandchildren; her grandson, Daniel, played his guitar and sang to her the evening prior to her death. 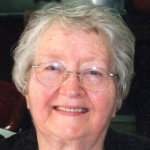 Friends may call on Tuesday from 2 to 4 p.m. and 6 to 8 p.m. at the Van Matre Funeral Home, 335 Venango Avenue, Cambridge Springs. A prayer vigil service with music will be held there on Tuesday, November 12, 2019, at 7:30 p.m. A Mass of Christian Burial at Our Lady of the Lake Church, Edinboro, will be celebrated on Wednesday, November 13, 2019, at 10:00 a.m. with the Rev. Fr. Daniel Hoffman as celebrant. Committal and interment will follow at St. James Cemetery, Crossingville.