Barbara Anne Cover Korman passed away at Edinboro Manor in Edinboro, PA on November 16, 2019 at age 92. She was born in Altoona, PA on June 22, 1927 to Fred Hesser Cover and Esther Eleanore Leete Cover. Barb was preceded in death by her two brothers, Robert and William, both of Altoona, and her husband, Kermit. 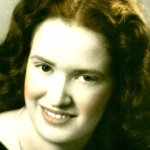 In her youth, Barb’s varied interests included swimming, oil painting, German, sewing, history and hunting. She shared her experiences of growing up during the Great Depression and making care packages for the neighborhood fellows who were fighting overseas in World War II, and helping her father tour the neighborhood at night to ensure everyone had their windows completely covered by blackout curtains.

She earned her sailing license at Annapolis Naval Academy while visiting her uncle who taught physics there. She and her friend, Jean, tried cross country skiing and for Barb’s fiftieth birthday, went white water rafting for the first time. They also traveled to Nantucket and Europe together. Barb sewed Civil War period apparel for re-enactors and traveled to events, dressing in period clothing herself. At age 70, Barb went snorkeling with her daughter in Cancun. Barb never lost her spirit of adventure.

On August 27, 1949 Barb married Kermit Miles Korman and moved to Bellefonte, PA where they made their home and reared their three children. In 1986 she retired from her job as a skilled drafting clerk after 28 years of service with Bell Telephone. She and her husband, Kerm, enjoyed their retirement by traveling around the country to visit friends and family until his illness and death in 2001.

She continued to live independently in their home until the autumn of 2016 when she moved to Edinboro, PA to live with her daughter and son-in-law. In November of 2017, a debilitating fall necessitated her move to Edinboro Manor where she lived the last two years and made many dear friends. 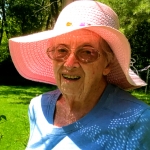 During her life, Barb was a member of Eastern Star, Order of the Amaranth, Trinity United Methodist Church and Daughters of the American Revolution, Fort Le Boeuf Chapter.

There will be no public visitation. Internment will be at Meyer Cemetery in Bellefonte, PA at the family’s discretion.