Pearl Elizabeth Mattis, 89, of Cambridge Springs, passed away at her residence after a long illness on February 8, 2020, surrounded by family and friends. Pearl was born in Sewickley, PA, on July 18, 1930, the daughter of the late Richard Philip Holfelder and Mary Agnes Merriman Holfelder. 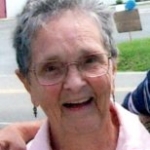 After working at Penn Union in Edinboro for over 37 years, Pearl retired in 1995.   She was a Walmart greeter for over five years, and was active in the Red Hat Society, VFW Post 169, Venango, and the American Legion 381, Cambridge Springs. Pearl was a hard worker who volunteered for various local service organizations and enjoyed traveling and flower gardening.

She was preceded in death by sister Doris Butler; brother Alexander Holfelder; and brother John Holfelder.

Friends are invited to a funeral service at the Van Matre Funeral Home, 335 Venango Avenue, Cambridge Springs, on Saturday, February 15, at 1 p.m. followed by a gathering to be held at the American Legion Post 381, Cambridge Springs.