Gary M. Parkin, 64, of Cambridge Springs passed away Friday, February 28, 2020, at his winter home in Summerfield, Florida. He was born March 7, 1955, to the late John and Kathryn (Woods) Parkin in Union City.  He graduated from Union City High School in 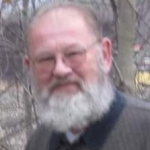 1973.  Gary married Susan Braun on September 24, 1983; she survives.  He is also survived by his children Dean, Emma and Carl and his wife, Tayler and their daughter, Aubree; brothers: Jeff, Russell and John; sister, Cindy and his adopted siblings, Keith (Lori) Kolin and Krista Carleton.  His spoiled grand dogs Ace, Bo and Charlee will miss his treats and sleepovers. He worked at Lord Corp. in Saegertown for over 40 years. Gary was the dad who got down on the floor to play with the kids and tell buck stories at bedtime.  He attended as many games, matches, concerts, parades and competitions as he possibly could supporting his children.  Gatherings with friends and family were a time of laughter, celebration and cheer.  Gary gave back to the community by being a fireman, coach, selling tickets at the CSHS football games and helping when asked at church.  He never said, “No, Susan, you can’t visit your parents” and would always help with Bob and Anna Mae’s care.  It was times like those that will make saying goodbye so hard.  Susan will especially miss him reaching over and patting her behind in the middle of the night saying, “I love you.”

Please join us in celebrating Gary’s life on Friday, March 13, 2020, 1pm to 4pm and 6pm to 8pm at Van Matre Funeral Home, 335 Venango Ave., Cambridge Springs by wearing a shirt from your favorite team or a Browns shirt in honor of Gary and his favorite team.   In lieu of flowers please make a donation to the Cambridge Springs Public Library or the charity of your choice.