Dennis Paul Lutz of Cambridge Springs transitioned to the next phase of his journey on April 20, 2020.

He touched many lives and will be greatly missed. 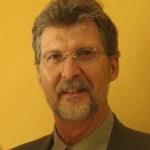 Denny was born in Meadville, PA, on Feb. 16, 1952, the son of Paul Russell Lutz and Betty Mecca Lutz. He grew up in Saegertown where he played on French Creek, worked at the local gas station, and enjoyed the friendships and values of small-town life. Denny loved music as a child and had an angelic voice. He sang soprano in a boys? choir for several years and made appearances with the Pittsburgh Symphony. He played cornet in the Meadville Thunderbirds Drum & Bugle Corps and was a member of the Saegertown High School band. His years as a member of The David Mead Blues Band gave him the opportunity to develop his stage presence which served him well later in his career as a college professor. He excelled at guitar and trumpet but could play nearly any instrument.

Denny married the love of his life, the former Jan M. Kuntz, on June 8, 1974, and they were blessed with 46 years of marriage. He worked as a carpenter in younger years, eventually teaching Speech/Language Pathology at Edinboro University. Denny loved sharing his knowledge, insight, wit, humor and philosophy with an eager audience. He held himself, his colleagues, and his students to high standards. Denny was a remarkable educator, inspiring fierce intellectuals and better citizens of humanity, and many students remained close long beyond the classroom. He was a member of the Cambridge Springs Masonic Lodge, serving as current and past master. His other interests included local history, landscaping his property, dogs, writing and travel.

Denny was a very kind and compassionate man who generously shared his skills with family, friends, neighbors and community. Denny had a gift for engaging people. He was ever the teacher and counsellor, sharing stories with anyone who would share in return. He overcame a number of challenges in his life, drawing from deep spiritual strength to find grace and courage.

Above all, he loved and supported his family. He was an untiring supporter of his wife Jan’s art career. He restored the former Cambridge Springs National Bank, earning an historic preservation award, and gave it new life as Kelly Run Gallery and Framing, which showcased Jan’s work and promoted other area artists. He was very involved in his children’s lives and very proud of the fine adults they have become.

He is survived by his wife, Jan of Cambridge Springs; his daughter, Zada Komara, Ph.D., of Lexington, KY; his son and daughter-in-law Zachary and Miriam Lutz of Cambridge Springs; his sister Dolly (Delma) Morris of Saegertown, and several nieces and nephews.? He is also survived by his mother-in-law Joyce Kuntz;and brother-in-law Karl (Laura) Kuntz of St. Marys PA, sisters-in-law Kathi (Greg) Pierce and Connie (Woody) Turner of SC, Jack (Debby) Kuntz of UT, and several nieces and nephews on his wife?s side.

Sorry to hear the passing of Dennis.
Condolences to the family.

Sorry to hear of the passing of your Father. Condolences to you and your family

Dear Zach and family – I am so sorry for your loss; we are continuing to lift you all up in prayer during this very difficult time.

What a wonderful man and family he and Jan have as a legacy. Such a unique and intriguing person always willing to talk with you. Will be sadly missed.

Kathy and I are both saddened to hear of Dennis passing. I have some very “vibrant” memories of Dennis from our Conneaut Lake Park days. I used to sneak in the back door of the Log Cabin and often find Dennis making goo goo eyes at Jan who worked there. At lunch time we’d all throw frisbees on the Free Act lawn. Kathy and I visited Kelly Run a number of years ago to see Eric Schwartz, another Parkie. You will be missed, Dennis. And Jan, we pray for you and your family, may God bless you all.

So sorry to hear the sad news … what a wonderful person. He was a blessing to me so often .

Leona and john
Deepest Sympathies. When someone you love becomes a memory their memory becomes a treasure.

I only knew Dennis for a short period a time when I lived in Cambridge Springs. I found him to be incredibly kind and outrageously funny. I’m so sorry to hear of his passing. I am very shocked. Sending prayers to you Jan during this time. God bless.

Dear Dolly, Jan & family – we only met Dennis once at the Gallery and enjoyed a wonderful conversation with him. He was a very special person and am sure he was dearly loved and will be greatly missed. God bless all of you.

I?m sorry to hear of Denny?s passing. I enjoyed debating with him on Main St. My prayers and thoughts to you and your family.

Jan – Our sincerest condolences to you and your family on the loss of such a dear sweet man. Prayers to all of you.

Our sincerest condolences to you, Jan. May your beautiful memories and family bonds give you strength.

My heart is heavy after reading of Dennys passing. He was a real asset to the community and his family. My caring thoughts are with you Jan and all your family. I did have the opportunity to met him at your gallery. He will be missed. Daringly. Ruth Yoderder@

Thank you to all for your heart-warming comments and condolences. They mean so much to us.

Leona ann John.
Deepeat Sympathies. When someone you love becomes a memory, their memory becomes a treasure.