Gladys R. Hull Lewis, age 89, of Waterford, passed away on Tuesday, June 2, 2020. She died peacefully at home surrounded by her family. 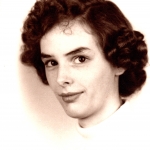 Born in Waterford on February 18, 1931, she was the daughter of the late Cecil and Gladys (Davis) Hull. Gladys, or more commonly known as Rosanna, graduated from Waterford Academy in 1949. She worked as a bookkeeper at Sanida and as a cashier at the Fort LeBoeuf High School cafeteria before retiring in 1993 after 23 years of service. Through all of this, she took great pride in maintaining a loving home while assisting her husband, Ronald M. Lewis, in managing the family farm. Outside the home, Rosanna was active in the Asbury Methodist Church and the Waterford Garden Club. She was also a former member of the DAR. She enjoyed reading, sewing, baking, putting jigsaw puzzles together, and playing cards and Chinese checkers.

Rosanna will be missed by her husband of 69 years, Ronald Lewis; three children, Terry Lewis of Chicago, Linda Fitzgibbon and husband Regis of Pittsburgh, and Mary Cummings and husband Doug of Waterford. Also in mourning are her three grandchildren, Joe, Annalie and Julia Fitzgibbon, as well as great grandson, Arian Fitzgibbon, or “Little Fella”, and Arian’s mother, Krystal Brewer. 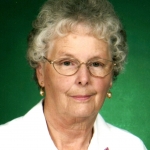 She will also be fondly remembered by her surviving siter and brother-in-law, Kandy and Ray Osborn of Waterford, and by numerous nieces and nephews.

Due to current restrictions, a private service will be held at Van Matre Funeral Home in Waterford. Burial will be in Waterford Cemetery.

In lieu of flowers, donations may be made in her memory to Asbury Methodist Church, or Mill Village Volunteer Fire Company.

Dear Ron and family,
I am so sad for your loss. We loved Roseann. We will miss seeing you two together in church. God bless you. She was so kind and sweet. This is a huge loss for us but we know she is happy now in heaven.
Daryl and Brenda Williams

So long to a ’49er classmate. Jim Salmon