Jeffrey E. Pontious, 60, of Harmonsburg, formerly of Edinboro, passed away after a short battle with cancer on Thursday, June 11, 2020, at Edinboro Manor.

Born February 6, 1960, in Erie, he was the son of James and Geraldine (Sauers) Pontious. 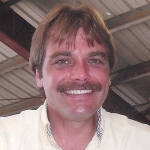 Jeff graduated from General McLane High School in 1978. He then served our country in the United States Army from 1978 until 1984 and served three years in Germany. For over 30 years, he worked as an electrician.

He was a member of the American Legion. Jeff was a Cleveland Browns and Penn State football fan. He enjoyed having a Bud Light with his friends.

He was a caring father, and he will be remembered by his children, Jessica Pontious of Erie and Sean Pontious of Texas; his grandson, Gavin; four siblings, Terry Vatter of Dubois, Brian Pontious of Lincoln, Nebraska, Connie Eastman and her husband, Mike, of Dubois and Shelly Gilbert and her husband, Gary, of Lakewood, New York; and nieces, nephews, aunts, uncles and his long time companion.

He was preceded in death by his parents and a brother, Greg Pontious.