Ronald ?Ronnie? Gusty Yurcak, age 69, of Florida passed away on August 2nd, 2020. Ronnie was born in Union City PA, April 8, 1951, the son of Marie Yurcak and the late Gusty Yurcak. He graduated from General McLane High School with the class of 1969, and attended Edinboro State College. Ron then married the love of his life, Becky Parker on August 3, 1973. In 1975, Ronnie and Becky moved to Florida where they established the B&R Market, which remains open to this day and is 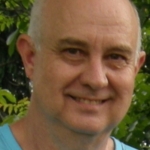 currently managed by their son, Richie. Ronnie was a hard worker who rarely missed a day of working at his store. He loved tending his tropical plants, with the help of his good friend, Cathy Singson, and following his favorite major league baseball team, the Tampa Bay Rays. Ronnie will be missed by his family and everyone who knew him.

He was preceded in death by his wife Becky, in 2008; and his sister Vicki ?Yurcak? Belden.

A private burial service will be held at McLane Cemetery.