Charles Richard ?Dick? Rust, 92, of Willoughby, OH, passed away at his residence on Sunday, September 27, 2020. Dick was born on December 7, 1927, in Woodcock Borough, PA, the son of the late Theodore and Gertrude Agnes (Swift) Rust. After graduating from Cambridge Springs High School, Dick joined the U.S. Navy and served as a World War II veteran. For several years he worked as a chemical engineer and then received his law degree from Fenn College and began a lengthy career as a patent attorney for Woodling,? 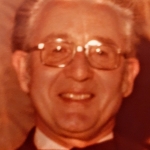 Friends and family are invited to call at Van Matre Funeral Home, 335 Venango Avenue, Cambridge Springs, PA on Friday, October 2, 2020, from 6 to 8 p.m. and are invited to a funeral service to be held there on Saturday, October 3, at 11 a.m. with the Reverend Rod Beardsley officiating. Interment will follow at Gravel Run Cemetery.