Helen Louise Smith, 84, of Cambridge Springs passed away in the company of family on Monday, November 23, 2020, at Crawford County Care Center after a period of declining health. Helen was born in Petroleum Center, on August 8, 1936, the daughter of the late Walter Slater and Jane Hattie Caldwell Swanson. She graduated with the Oil City High School class of 1954, and married Thomas Bert Smith, Jr. on May 12, 1956. She had worked at the Home 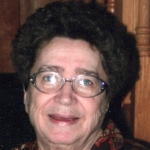 Restaurant in Cambridge Springs, and for many years as a seamstress for the House of Edinboro. Recently, she retired as a school bus aide in Alaska, where she had lived for seven years.

In addition to her parents she was preceded in death by her husband, Thomas Smith, Jr., on September 15, 2006.