Craig Steven Galford, 56, of Cambridge Springs passed away accidently at his residence on December 1, 2020. Craig was born in Erie,the son of John Galford and Charlotte Walton Majerik. He graduated with Cambridge Springs High School with the class of 1982 and had worked at Snap-Tite and General Electric for the past twelve years. He enjoyed four-wheeling, camping, attending concerts and family gatherings. 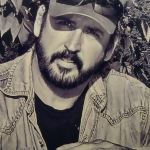