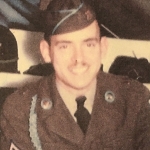 He was born in Akron, OH, the son of John and Anna Packo Kozy, immigrants from Austria/Hungary who became U.S. citizens and later resided in Union City during Don?s childhood.

Don was a graduate of Union City High School, served in the Army Corp of Engineers in Alaska during the Korean War, graduated from Erie Business College, graduated from Edinboro University, and received his master?s degree in art at Indiana University. He taught art for the Fort LeBoeuf School District for 33 years. He was an active member and served at the Waterford Church of the Nazarene for 58 years, and was an honorary member and held many offices for the Gideons International organization for 53 years. He was well known for the trucks lettered and signs painted in the Waterford area?including the ?Welcome to Waterford? signs with George Washington?s silhouette. He was a cancer survivor of 23 years. His hobbies included fishing, hunting, making pottery, painting, singing, and spending time with family and friends. 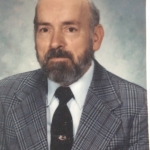 survived by his seven grandchildren: Isaac Hartman, Mandy Rimmer (Jordan), Nicole Doutt, Lucas Wilcox (Hannah), Andrew Doutt, Brendan Wilcox, and Nicholas Wilcox. He had five great- grandchildren, soon to be six: Jayden, Morgan, Colvin, Eden, and Reid, as well as many beloved in-laws, nieces, and nephews. He was preceded in death by his premature son and his brother, John Kozy.