Michael Paul Preston, 68, was welcomed home by his Lord and Savior on Tuesday, December 8, 2020. Born in Erie, PA, on January 11, 1952, to the late Vernon Preston and Joyce Preston Gronborg, Mike graduated from McDowell High School in 1970.? He served in the US Navy (1972-1975) on the USS Yosemite.? He then worked at Klein Plating Works in Erie until 1994, where he flew as company pilot for a time.? Mike then worked as a programmer for Glovia International and finally for Zurn Industries until his retirement in 2018. 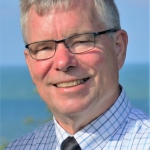 ???? Mike enjoyed photography, reading, hunting, cutting firewood, hiking, canoeing, and camping. His life was characterized by his love for God and family.? He was a kind and loving husband to Janet Klepfer Preston, faithfully committed to her in marriage for 47 years.? Mike modeled for his sons how to be a devoted husband and father and modeled for his daughter the qualities she should seek in a husband. He demonstrated a Christ-honoring lifestyle of humility and grace for his family and all who knew him.? Fascinated by the immensity of creation and the incredible power of his Creator, Mike spent hours studying and photographing the stars and nature.? He faithfully served as a teacher and Sunday School Superintendent at Fairview Bible Church for many years. Through everything he did, Mike?s devotion to his children and grandchildren displayed his desire to strengthen their relationships with Jesus Christ through his example and guidance in all aspects of living.? Mike?s biggest aspiration in life was not his own accomplishments, of which there were many, but rather the legacy of godly character he left within his family.

Mike is preceded in death by his parents, brother, sister, and grandson.

In lieu of flowers, memorial gifts can be made to Fairview Bible Church, WLD Ranch, or Institute for Creation Research.