Richard Lewis Kellogg, 72, of Cambridge Springs passed away at his residence on January 6, 2021. Richard was born in Meadville on May 18, 1948, the son of the late Richard Kellogg and Elizabeth Noreen Collen Kellogg. He graduated with the Cambridge Springs High School class of 1966 and joined the U.S. Navy, serving from 1968 until 1971. After graduating from Triangle 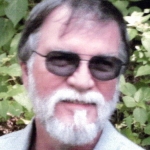 Tech as a mechanical design draftsman, he had worked at Dias Spring Service, Erie and Penn Union, Edinboro and was then employed with Zurn Industries, Erie for over twenty years. In 2001, he founded Kellogg CAD Service which he operated until the present. He enjoyed white water rafting, home improvement projects, sudoku and quality time with his grandchildren.

He is survived by daughter, Sarah Miazga, and her husband, Rob, and their daughters, Emma and Jordan, of Springboro; daughter, Stacey Yovich, and her companion, Kirk LeSuer, and her children, Kayley and Eli, of Edinboro; son, Richard Kellogg II, and his companion, Shawna Brown, and his sons, Sabastian and Xavier, of Canadohta Lake; great grandson, Michael Kellogg; his companion, Beth Ryan, and her sons, Kyle and Raymond Manuel of Cambridge Springs; sister, Kathy Thompson, and her husband, Brad, of Youngsville, PA; brother, Gary Kellogg, and his wife, Susan, of Albuquerque, NM; and brother, David Kellogg, and his wife, Vanessa, of Harrisburg, PA; and numerous nieces and nephews.

Friends may call at the Van Matre Funeral Home in Cambridge Springs on Monday, January 11, 2021, from 1-3 p.m. At 3 p.m. a funeral service will be held with his sister Kathy Thompson officiating. Interment will follow at Cambridge Springs Cemetery.

Memorials may be made to the Cambridge Springs Volunteer Fire Department.

Oh No! I?m saddened by this news. My condolences for his family & friends. Especially Mike & Karen Styborski. My senior year wouldn?t have been the same without Rich.

To Rich?s family – Rich was a great guy, always enjoyed working with him at Zurn/Indeck and will be missed. Our prayers and thoughts are with you at this time.

I am so sorry Sarah. Stacey, Kayley. He was an amazing dad and he could make everybody laugh. Love to you all.

I was so sorry to hear of Rich’s death. It was always nice to see him out in Edinboro at family get-togethers. Great, funny guy. Praying to give comfort and strength to the family. Love and hugs. Sally