John C. Pickens, IV, 49, of Woodcock passed away at his residence on January 18, 2021. John was born on March 29, 1971, in Passaic, NJ, the son of Mary Pickens. He graduated from Strong Vincent High School with the class of 1989.  After completing his LPN training, he held positions at Fairview Manor, Bayada Home Health care for over seven years and was 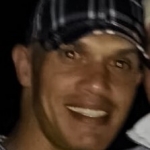 currently working at Edinboro Manor. He enjoyed singing, dancing and had written and produced his own album, “Push with Me.”

Friends may call at the Van Matre Funeral Home in Cambridge Springs on Friday, January 22, 2021, from noon until 2 p.m. with a funeral service to be held at 2 pm. Interment will follow at Acker-Rodgers Cemetery in Saegertown.