John Patrick Winston, age 59, loving husband, father, brother, uncle, role model and friend, died Saturday, February 27, 2021 at UPMC Hamot after a hard-fought battle with a major illness. A resident of McKean, John was born in Erie on July 30, 1961, one of nine children of the late John Patrick Winston and Theresa Ann Barczynski Winston. 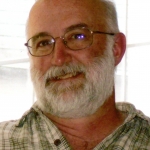 John valued family and strove to keep relationship ties strong, organizing family events like fishing derbies, Christmas parties and bonfires. His family will always have many special memories and a close bond because of all that he invested in them. They could always depend on his support, as he demonstrated by being an active supporter onstage, backstage, and in the audience as his son was involved in local theater. John was a skilled craftsman and woodworker, and he used those gifts for both small and large projects which he gave generously to all the family. As a nature lover, John was often hiking with his wife Chandra near and far from home, or in the outdoors fishing. He also enjoyed brewing his own beer and reading books.

A proud Penn State Nittany Lion, John enjoyed a successful 35-year career as a Radiological Health Physicist with the Pennsylvania Bureau of Radiation Protection. During those years, he mentored many junior staff regarding the proper methods and procedures to inspect dental, medical and industrial facilities. John also assisted and counseled many dentists, technologists, doctors, and clinicians on how to perform equipment quality assurance to reduce patient radiation exposure, while optimizing image quality. He led the recent effort to update the DEP?s medical X-ray regulations. Always contributing to progress in radiological safety, John used his expertise to serve on and/or Chair numerous committees for over 20 years, including the Healing Arts Council, the Program Area Committee on Radiation Protection, the NCRP Scientific Committee 4-6, and the Suggested State Regulations, Part F, and was a liaison to The American Association of Physicists in Medicine for many years.

Recognized by his professional peers for his dedicated work in his field, John was a key organizer, Chairperson and Treasurer of the Mid-Atlantic States Conference of Radiation Control Program Directors that has since brought together key regulators from several states for regular training and to discuss current issues for the protection of the public, patients, workers, and the environment from ionizing radiation. For his years of committee work and leadership, he was awarded CRCPD?s two top awards ? the Parker award (2003) and the Miller Award (2013) – for merit and significant contribution to his field.

A nationally recognized expert in X-ray radiation protection, John drafted regulations on X-ray producing machines used in the Commonwealth and coauthored PA studies on fluoroscopy, computed tomography, and dental panoramic X-rays. As a member of the Interagency Steering Committee on Radiation Standards Working Group on Medical Radiation, he was charged with writing the Federal Guidance Report No. 14: Radiation Protection Guidance for Diagnostic and Interventional X-Ray Procedures. Recently, he published NCRP guidance on shielding of the fetus and patient gonads during X-ray exams.

Although his professional contributions were numerous, and friends and colleagues will miss his advice on technical matters, they will just as much miss his humor, his kindness and his quiet personal counsel on any subject that life might present.

Those that survive to mourn his loss include his loving wife, Chandra L. Morgan Winston; son, Daniel Winston of Meadville; daughter, Taylor Wittmaak (fianc? Dylan Alasky) of Myrtle Beach, SC; his siblings– Melanie A. Overmoyer and her husband Dennis, of Wesleyville, JoAnne Dibell and her husband Richard, of Waterford, James C. Winston and his husband Xavier IrAal, of Carmel Valley, CA, Mary V. (Vickie) Lippold and her husband Gregory, of Bentleyville, PA, Theresa (Tracy) Greenman and her husband Scott, of Waterford, and Jacqueline Smith and her husband Gerald, of Grove City; and many nieces and nephews. He was preceded in death by his parents, a brother, Patrick Winston, and a sister, Kelly Urhmacher.

Friends are invited to visiting hours at Van Matre Funeral Home in Waterford on Wednesday from 4 – 8 p.m.