Robert L. Hart, age 77, of Waterford Township, died Sunday, January 17, 2016 at Golden Living Center – Walnut Creek, Erie, PA where he resided since November. Born February 12, 1938 in Fairbault, Minnesota, he was the only child of the late Gilbert and Esther Triggs Nichols. 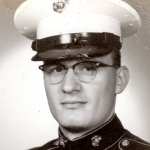 ?? Mr. Hart grew up in St. Joseph, Missouri and entered the United States Marine Corps in 1957. He served in Okinawa, Japan, Puerto Rico, and was a Vietnam veteran. After returning to the states, he was stationed at Camp Lejeune, NC, and in 1974, was assigned to the Erie, PA Marine Corps Reserve Center as the Gunnery Sergeant. He retired from the military in 1977 and worked as a mechanic at Mack Truck for 18 years, then Curtze Food for two years.

Robert was an avid race car fan and a member of the Sports Car Club of America where he enjoyed rallies and autocrossing with his son and grandsons. He loved his family very much and remained involved with his grandchildren’s activities. 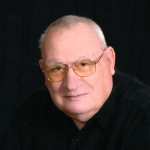 Friends may call at Van Matre Funeral Home, 105 Walnut Street, Waterford on Thursday evening from 7:00 – 9:00 p.m. and may attend the funeral service there Friday morning at 10:00 a.m. Rev. Gregory Passauer of All Saints Parish will officiate.