Earl Eugene McGahen, age 73, lifelong resident of Waterford, died unexpectedly of natural causes at his home on Sunday, January 17, 2016. Born in Waterford on May 7, 1942, he was one of five children of the late Thomas Rea McGahen and Gladys Gensis McGahen. Earl’s wife, Hazel Doris Morehead McGahen preceded him in death on August 4, 2007. 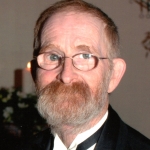 ?? Earl served overseas in the United States Army from 1961 to 1964. He was a diesel mechanic, working for PennDot for 28 years before retiring. A quiet, hardworking man, Earl was a devoted husband for over 41 years, and a dedicated father who enjoyed his grandkids and interests like hunting, being outdoors, and working in his yard.

In addition to his wife Hazel, he was preceded in death by a grandson, Donald L.E. Cotton, a granddaughter, Shelley Fern Cotton Sturgis, and two sisters, Naomi Allison and Ruth Lastinger.

Earl is survived by his four daughters- Theresa Estes and husband Kevin of Centerville, Earline McGahen of Meadville, Sandra Kafferlin and husband Gregory of Centerville, and Jacqueline Wronek and husband Thomas Jr. of Union City; six grandchildren- Ashley and Faith Estes, James and Jarrett Walden, and Ericka and Tia Wronek; and two brothers- Winfield McGahen and wife Retha, and Thomas Wesley McGahen, all of Waterford.

Friends are invited to visiting hours at Van Matre Funeral Home, 105 Walnut Street, Waterford on Friday evening from 6:00 p.m. until time of the funeral service at 8:00 p.m. Earl’s brother, Thomas Wesley McGahen, will officiate for the service. Burial will be in Washington Valley Cemetery on Saturday morning at 10:00 a.m.