Dorothy ?Kitty? Smith Armel, age 85, passed away on Wednesday, June 22, 2016, in Houston, Texas after a long and valiant fight against the relentless progression of Alzheimer?s disease.

Kitty, as she was known by most people, was born in Erie, Pennsylvania on December 13, 1930, to the late Frederick Noel Smith and Twila Elzora Alcorn. 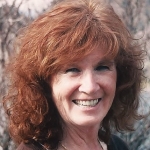 Known for her sweet tempered, kind and gentle disposition throughout her life, she maintained a simple demeanor that won the hearts of many, who even now are continuing to be influenced by her example of constant nurturing, love and care.? After attending grammar school and later working with her sister Margie Steadman, she met the love of her life, Gerald ?Jerry? Armel. The couple was married three months later on September 14, 1951 in Centerville, PA.

Married for 23 years, Kitty & Jerry made a life together and a home for their 3 daughters, Corinne, Lisa and Melanie, first in Cambridge Springs and later in Drakes Mill, PA.? After Jerry was taken from his family far too early in life, Kitty maintained the family home, worked hard and raised their three daughters with a sheer determination to make ends meet and never dishonor her husband?s good name and memory.? She stayed in Pennsylvania near her brothers and sisters and many close family friends until each of the girls had finished school.? After some time, she lived in Newport Beach, CA, with her daughter Melanie Anbarci, lived in Gunnison, CO near her daughter Corinne Stagl and her grandchildren and great-grandchildren and then later moved to Texas to live with her daughter Melanie Anbarci.

Possessing a genuine and unselfish heart, Kitty faithfully cared for family and friends by making crocheted afghans and delicious cooking/baking from scratch ? including homemade bread and cinnamon rolls, meatballs, fried chicken, roasts, hams and canning her fresh garden produce and making jams.? A woman of strength and the heart of the family, Kitty shaped the lives of those around her by her tireless good-natured example.? She was happiest when she was busy and loved to help out whenever and however she could.? She will forever be remembered as one of the hardest working women around.? She loved to sing, crochet, read, go for long drives, play with her grandchildren, chat with friends and family, and travel when she wasn?t working or helping someone out.? She was a good, kind lady, who was devoted to her family and friends.? She will be missed.

On Thursday, June 30, 2016, friends and family are welcome to call at Van Matre Family Funeral Home, 335 Venango Avenue, Cambridge Springs from 6-8 p.m.? An additional brief time of visitation will be held the following day, Friday, July 1, 2016, from 1-2 p.m. with the funeral service following at 2 p.m. at Van Matre Family Funeral Home.? Kitty?s final resting place will be in Venango Cemetery beside ?her Jerry?.? Following interment, the family will be hosting a reception from 5-8 p.m. at the Country Meadows Golf Course, 21957 Plank Road, Venango, PA.

The family would like to thank the nurses, aides and all of the staff at Seven Acres Jewish Senior Care Services in Houston, Texas for their devoted and loving care.