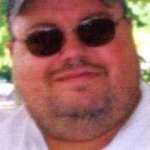 Larry was a 1983 year graduate of Fort LeBoeuf High School and attended Edinboro University. Before becoming disabled in 2005, Larry had worked for Corry Jamestown, Snak Bar, Waterbed Emporium, Country Fair, and Erie Sport Store. He enjoyed golfing, fishing, dirt track racing, playing poker, and spending time with his family. His four dogs meant so much to him in addition to his daughter’s two dogs and three cats. He also was an avid fan of the Cleveland Browns, Notre Dame and Philly Flyers.

In addition to his wife Amy, Larry is survived by a daughter – Tracy L. Smith and her husband, Jason of Phoenix, AZ; two brothers – Frederick Baney and his wife, Cheryl and Timothy Baney and his wife, Sue; four sisters – Carolyn Seigworth, Alice Baney, Jane Brown and her husband, Edward, and Delanne Heckman all of the Waterford area. Also surviving are many nieces, nephews, great nieces, great nephews, aunts, and uncles. Preceding Larry in death were three brothers – Thomas and two infant brothers – Michael and Patrick.

A memorial service will be held at the Church of Nazarene in Waterford on Wednesday, July 27th at 11:00 with Pastor Gregory Jack of the Church and Pastor Frederick Baney, brother of the deceased, officiating. Following the service a reception will be held for family and friends at Stancliff Hose Company, Waterford. Memorial gifts may be made to his wife, Amy.