Edward Peter Cutri, 81, of Waterford, PA passed away Saturday, July 30, at his home. ?Ed was born August 25, 1934 in Cleveland, OH to Josephine Agresti and Peter Anthony Cutri. He graduated from Strong Vincent High School in Erie, Pennsylvania where he was both a drummer and the drum major in its marching band.? Ed graduated from Allegheny College where he was an active member in Phi Kappa Psi fraternity and where he met his wife, Cynthia Richards, of 58 years . On February 9, 1957 they were married in Cleveland, Ohio. 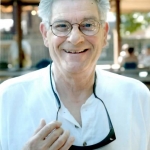 Upon graduation, Edward joined his father?s construction company in Florida and later returned to Erie where he founded and ran his own construction and building company. From an early age, Ed had an eye for art and design and took great pride in excellent craftsmanship.? A perfectionist, he enjoyed any job done well.? He especially enjoyed applying his skills to the decades-long restoration and renovation of his and Cindy?s Victorian home in Waterford, PA.? In midlife he joined with his brother, Donald, in the P.A. Cutri Insurance Agency. ?Ed was civic-minded and had a passion for politics and served one term as Mayor of Waterford.? He proudly supported several non-profit and advocacy organizations. Edward was a good friend, a generous father, and a supportive husband.

Ed is survived by his five children, Anne Cameron of Waterford; Randall Peter of Rockland, ME; Christopher Edward of Cleveland, OH; Stephen Richards of Cleveland, Ohio; and Laura Ellen of Fairfield, PA, ten grandchildren, a sister, Eleanor Smeal, and a brother, Norman. He was preceded in death by his parents, his brother, Donald, and his wife, Cindy, in 2015.

A service celebrating his life will be held at 2:00 pm, Saturday, August 13th at Van Matre Funeral Home in Waterford. Memorials may be made to the Feminist Majority Foundation.