Levant Arthur Brace, age 89, of Waterford, passed away Tuesday, October 4, 2016. He was born in Waterford on April 8, 1927, son of the late Arthur and Maybelle Shreve Brace. 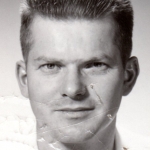 Levant attended Waterford Academy and graduated from Erie Barber School. He married the love of his life, the former Anna Katren of Corry, Pa, on September 17, 1955.

He had been employed by GE, Welch’s, GLF in Mayville, NY, and Bucyrus Erie before going to barber school in 1957. After receiving his barber’s license, Levant became Jack Thompson’s (in Wesleyville) first apprentice. He built his one chair barber shop in Waterford in 1963, and he and Anna later built a car wash, and then inherited his father’s trailer court in 1977.
Levant enjoyed being self-employed. He liked to figure out how broken things worked and fixed them, be it metal or wood. He loved to tinker, and there wasn’t anything that couldn’t use a coat of paint.

In addition to his parents and grandparents, he was preceded in death by his sister, Marilyn Brace Mitchell. 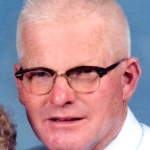 A private funeral service officiated by Rev. Gary Donaldson will be held for the family at Van Matre Funeral Home in Waterford. Interment in Waterford Cemetery.