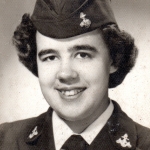 She was the daughter of Carl D. Hunt and Ellen Hunt and had seven brothers and sisters. She married Carl (Red) Peeples, who preceded her in death. She is survived by her two loving children, Becky Burnett and Steve Wright.

Dorothy graduated from Waterford High school in the class of 1950. She then joined the U.S. Navy and proudly served our country as a Storekeeper Seaman, receiving an Honorable Discharge on August 4, 1953. Dorothy then moved to Waterford and began a career of over 25 years at Troyer Farms. 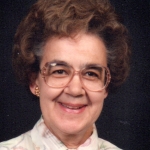 Dorothy was a wonderful single mother and enjoyed her children, loved to go to flea markets, shop for antiques and hold a yearly garage sale. People would drive from the tristate area to attend her annual garage sale.

Dorothy is survived by a number of family members: her son, Steven Wright and wife Paula, her daughter, Rebecca Burnett and husband Robert, her sister Elizabeth (Bunny) Stafford, two step-grandchildren, Alyssa and Alex Burnett, and many nieces and nephews.

Besides her husband Carl Peeples, and her parents, Carl and Ellen Hunt, Dorothy was preceded in death by her brothers Carl Hunt, Bruce Hunt, and Bill Hunt, and by her sisters Caroline Morrison, Marge Mc Straw and Meredith Bowman.

In lieu of flowers, memorials may be made to the Erie VA Medical Center, 5th floor Hospice Center in memory of Dorothy Peeples.